If you read my recent post about our EPCOT Cupcake Challenge, you’ll know that we are trying to complete a Disney Food Blog Challenge to eat the 14 best cupcakes on Walt Disney World property.

We’ve already managed to get our hands on 3 amazing cupcakes at EPCOT, as well as one from the Wilderness Lodge Resort.

Our next stop was the Animal Kingdom theme park, where we were on the hunt for the Cotton Top Tamarin Cupcake from Creature Comforts, the Starbucks location in the park. The cupcake is chocolate cake and buttercream frosting, decorated with tamarin (an endangered species of monkey) topper made from white and dark chocolate.

First, we had to stop and look at the beautiful Tree of Life. 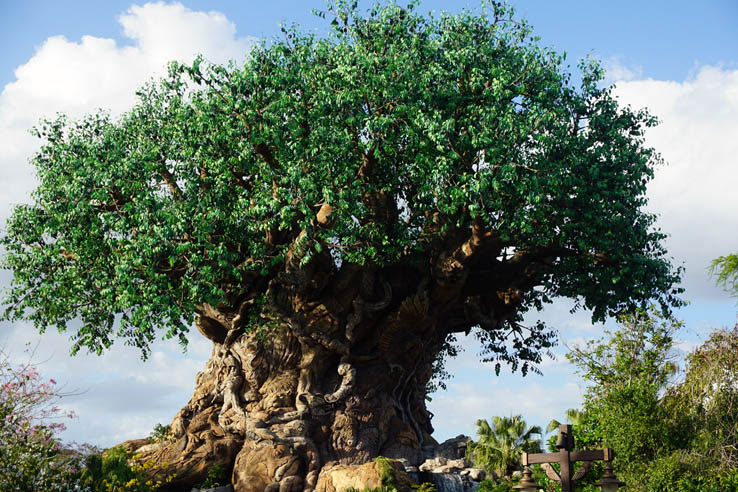 Then, it was cupcake time! When we arrived at Creature Comforts, we were told they no longer had the Cotton Top Tamarin Cupcake, so we decided to pick two other specialty cupcakes to try: the Rivers of Light Cupcake and the Caramel Mocha Cupcake. 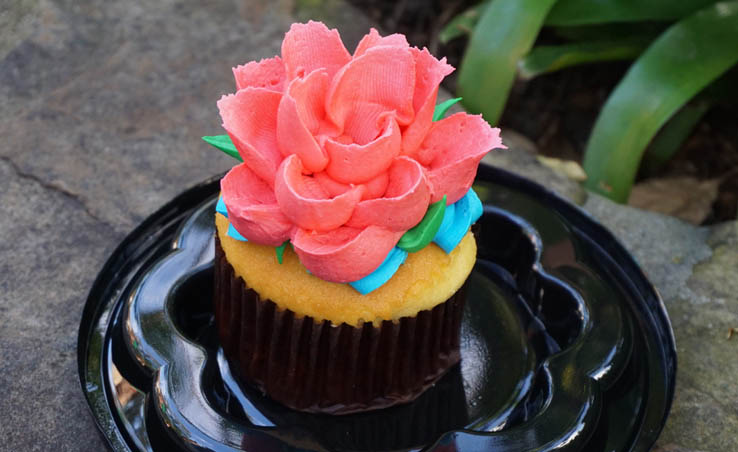 The Rivers of Light Cupcake is really beautiful and delicious, too! It features yellow cake topped with a vanilla buttercream frosting lotus flower. The frosting flower is huge! So, if you’re a frosting fan, this one is for you!

This was our favorite of the two. The cake was moist and flavorful, but not too sweet. The frosting was very sweet, so it was a nice balance. We would definitely get this one again.

The Caramel Mocha Cupcake was not as pretty as the Rivers of Light Cupcake. 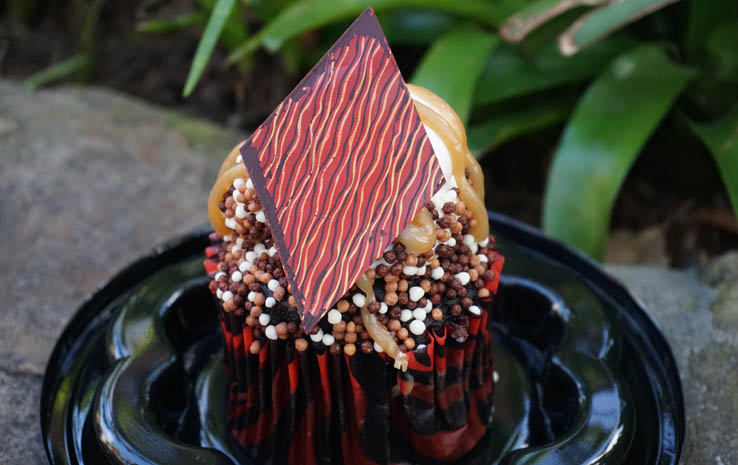 Inside, there’s a little dollop of mocha cream in the middle. 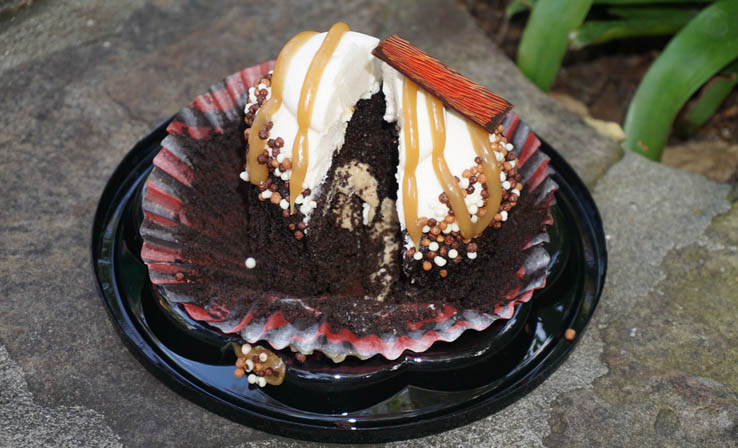 The mocha flavor was rich and delicious, but there wasn’t enough of it! The rest of the cupcake was pretty good, but it would have been great with more mocha flavor to balance out the milder chocolate and caramel flavors.

We’ll be back at Animal Kingdom in a few days to see if they’ve decided to stock the Cotton Top Tamarin Cupcake again. If so, we’ll update this post with the results of our taste test!

The next stop in our challenge will be the Magic Kingdom theme park to taste test their best cupcakes, including the Master’s Cupcake at Be Our Guest restaurant. In a few weeks, we hope to visit Sprinkles at Disney Springs, Boardwalk Bakery at the Boardwalk Resort, and the Contemporary Resort for their offerings. And, last, but not least, will be Hollywood Studios for the rest of the best.

I hope this turns into a yearly challenge. Any excuse for cupcakes!  🙂