This past weekend, the Central Florida Scottish Highland Games came to the Orlando suburb of Winter Springs, Florida. This huge two-day event aims to carry on Scottish traditions in the United States. If you’ve never attended one of these events, you will be blown away by all the cool entertainment, shopping, food, and family-friendly activities. You’ll also see both young and old clad in kilts and other Scottish attire. And, for the adults, there are lots and lots of opportunities for drinking beer, wine and whiskey!

We attended the Central Florida Scottish Highland Games this year on Saturday, the first day of the event. Gates opened at 8:00 am, but we were a bit slow to get started and didn’t arrive until about 9:45 am. Tip: If you want to park in one of the two closest parking lots, you need to arrive within the first two hours. Otherwise, you may have to park in one of the satellite parking lots and take the free shuttle over. Not a big deal, unless you’re hauling gear, like strollers, coolers or chairs. 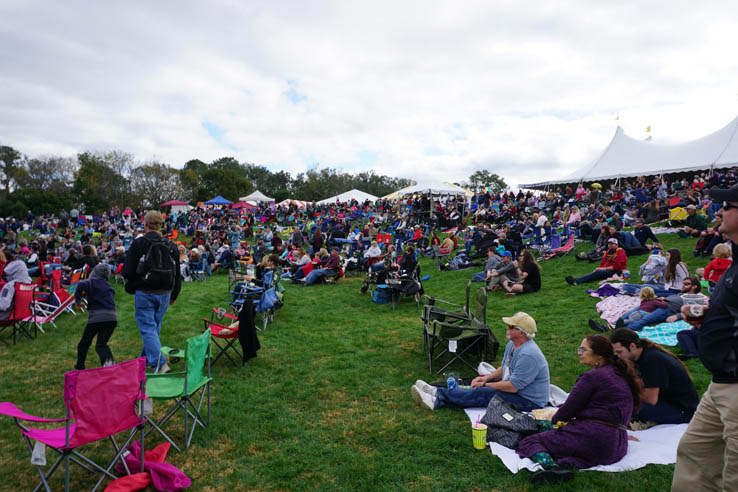 One of the highlights of the event is the musical entertainment. So, the first thing we did was head over to the Lochside Stage and claim a spot. The audience sits on a hill, so every view is a great one. Tip: Bring a blanket or a camp chair so you don’t have to sit on the grass and dirt if you plan to watch some of the bands. Coolers are allowed, which is great if you’ve got little ones and want to make sure you’ve got snacks and drinks, or even their favorite food for lunch, ready to go. And, if you want to wander around the event grounds, just leave your stuff there. It’ll be safe.

Disney World fans may recognize one of the groups, Off Kilter, who were regular performers at the EPCOT theme park for many years. Off Kilter played a mix of high-energy, bagpipe-infused rock as well as some Celtic tunes. 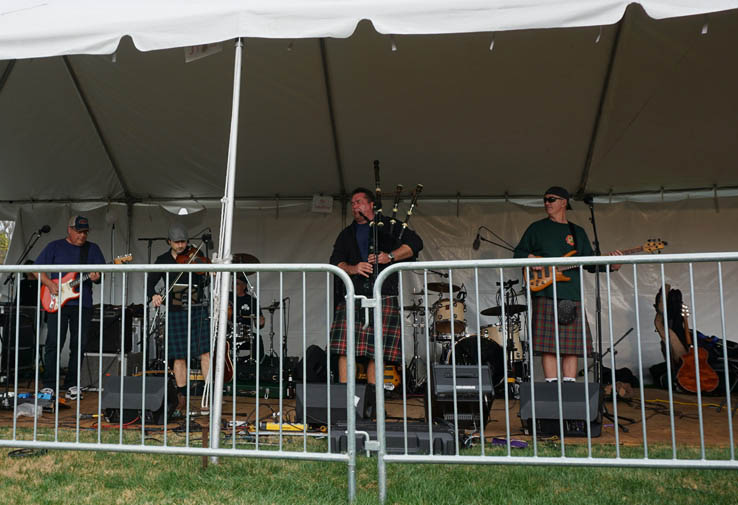 We also saw the Screaming Orphans, four sisters from Ireland, playing Irish folk music mixed with a touch of melodic pop. Strange band name, I know, but they were really, really good.

And, last, but not least, Albannach, a percussion-heavy group from Scotland, featuring a mix of drums, bagpipe and didgeridoo, performed. They were amazing! 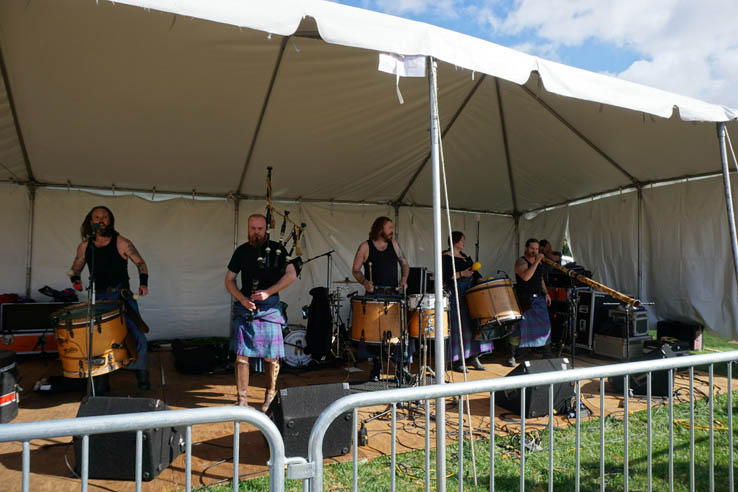 All around the Lochside stage are food and merchandise tents. There’s also a table where you can buy beer and wine tickets. You must buy the tickets first, then line up again at another location to get your drink. Tip: Buy your tickets as early as possible and get whatever quantity you think you’ll need for the whole day. The line gets longer and longer as the day goes on. 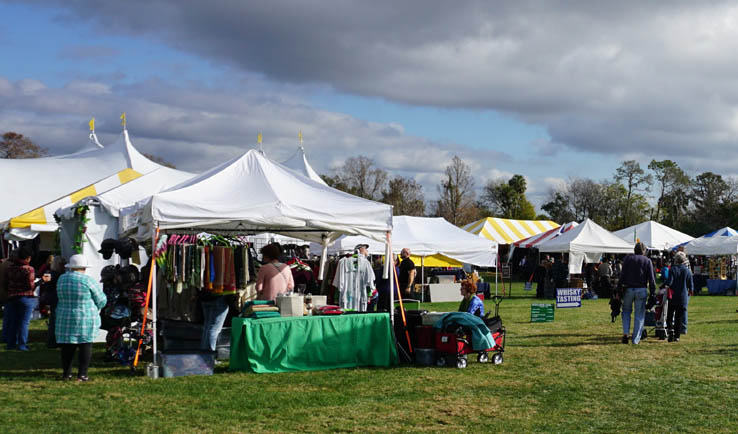 The merchandise tents not only offer kilts and Scottish-inspired jewelry, but you’ll also find all kinds of stuff from Ireland, England and Wales as well, including swords, snacks, tea, sweaters, tee shirts, books, toys, and all kinds of memorabilia. A lot of it is really amazing. It’s hard not to buy a ton of stuff!

You’ll also see a lot of interesting creatures, I mean, people wandering around! 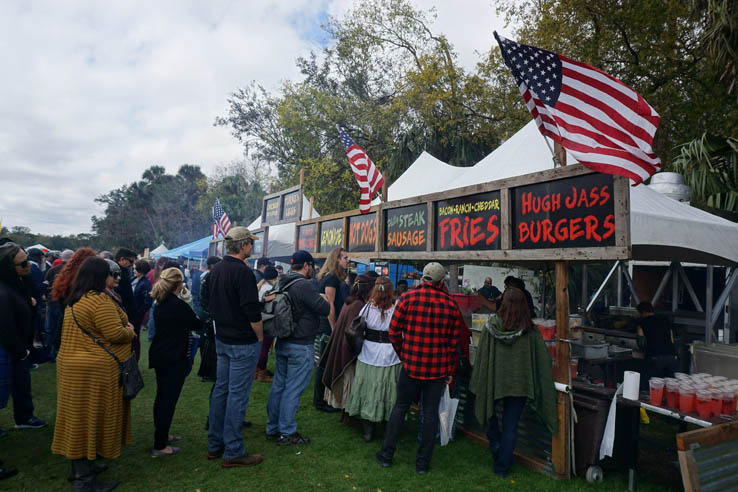 The food tents offer a mix of regular “fair food”, like burgers, hot dogs, fries, ice cream, and funnel cakes, as well as Scottish-inspired eats, like haggis, scones, and fish and chips. Half the food tents are located near the Lochside Stage, and the other half are near the athletic field, just a short walk away. So, if you don’t find what you want in one area, head to the other side of the event for more choices! 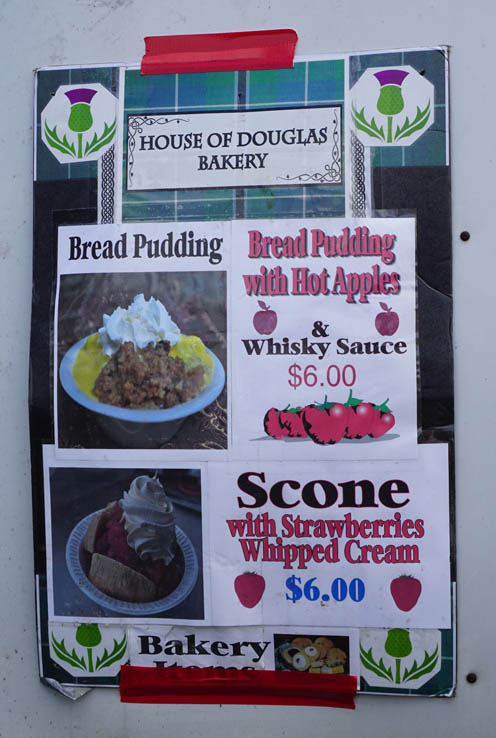 After a bite to eat, we headed over to the athletic field, where you can watch some amazing men and women competing in various events. We watched both the caber toss and the sheaf toss.

In the caber toss, contestants must balance the caber, a heavy pole that’s about 19 feet long, until they can get their hands under one end and toss it up in the air and flip it over. 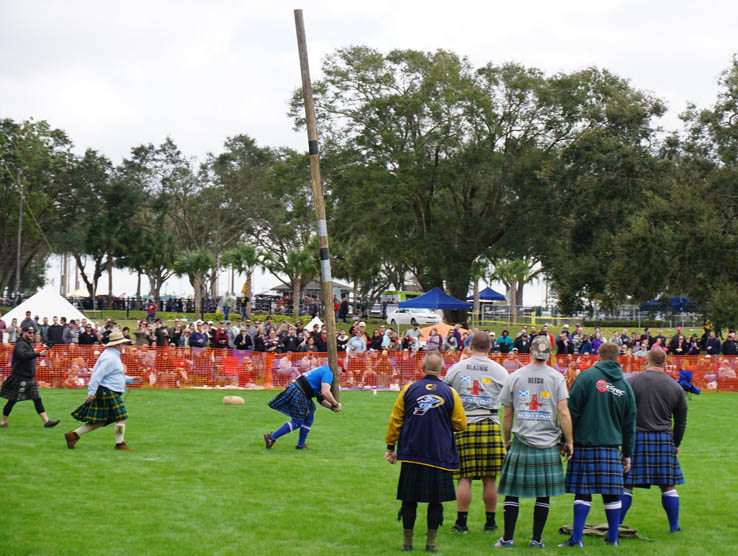 In the sheaf toss, contestants use a pitchfork to lift and throw a bundle of straw (the sheaf) wrapped in burlap over a raised bar. There are also displays of the Scottish hammer throw and archery, among others.

Next to the athletic field, we watched a bit of the highland dance and bagpipe competitions.

Nearby, there’s also an animal petting area, a really cool tree that all the kids just had to climb, and a photo op at the Outlander Fan Club booth with full-size cardboard stand-ups of Jamie and Claire!

If you have some wiggly little ones with you, you’ll want to take them to the Kids’ Games area, located inside the fenced baseball field. 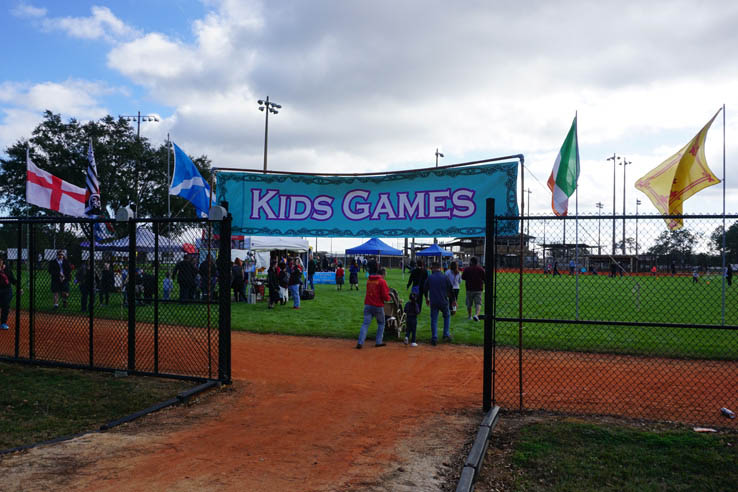 Here they can try out kid-size versions of some popular Scottish athletic games, like the caber toss, haggis hurl, tug o’war, and sheaf toss. There’s also a wellie toss game, because throwing a hammer might be a bit too dangerous! They also get a free souvenir rubber bracelet. 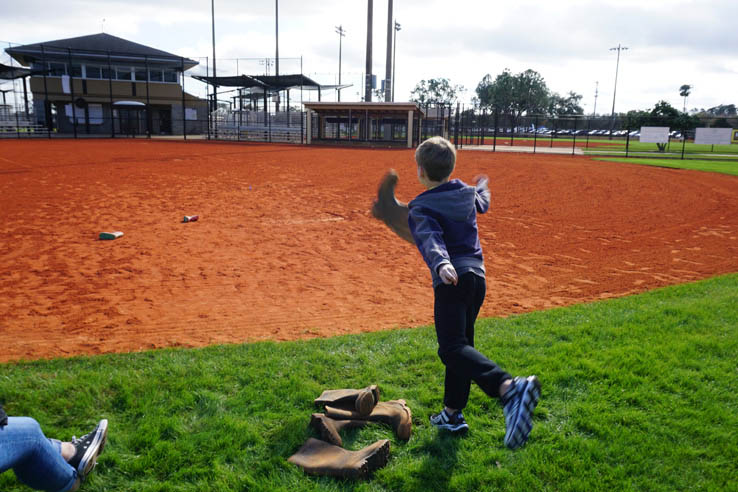 In the middle of everything is the Ceremony Field, where my favorite event of the entire Central Florida Scottish Highland Games happens twice a day: the sheep-herding Border Collies! 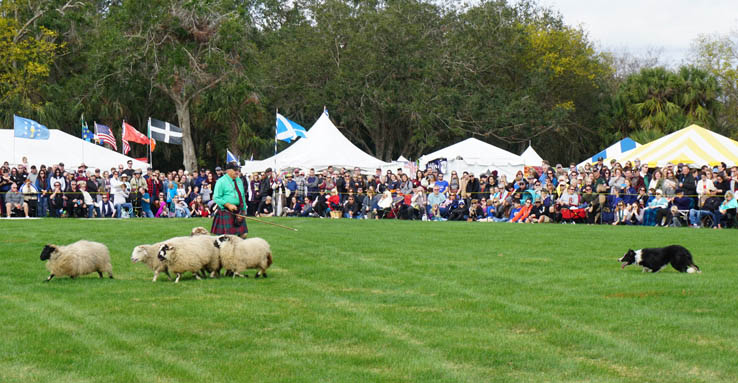 The Central Florida Highland Games features the Craigmalloch Border Collies. About five sheep are let loose on the Ceremony Field and one Border Collie at a time demonstrates his or her skills at managing a herd of sheep. The presentation includes great information on the history, care and maintenance of both the dogs and sheep. It’s amazing to watch the dogs’ total concentration and focus to get the job done. The event is held twice a day and it’s not to be missed!

In fact, the whole event is not to be missed. Whether you live in the area or you’re visiting from out of town, the Central Florida Scottish Highland Games offers a very unique, fun way to spend the day in the Florida sunshine.

Public transportation in the Orlando metro area is not very good, so arriving by car is your best bet. Be sure to arrive early in the morning, during the first two hours of the event, to guarantee a parking spot in one of the on-site lots. Otherwise, you’ll have to park in one of the satellite parking lots and take a shuttle bus to the event location.

This two-day annual event is held the second or third weekend of January.

Tickets are available both online (starting December 1st) and at the gate. Online tickets are sold at a discount, but are charged a service fee that is not charged at the gate, so you’ll only save a tiny bit. Students, children, and active military get a nice discount.